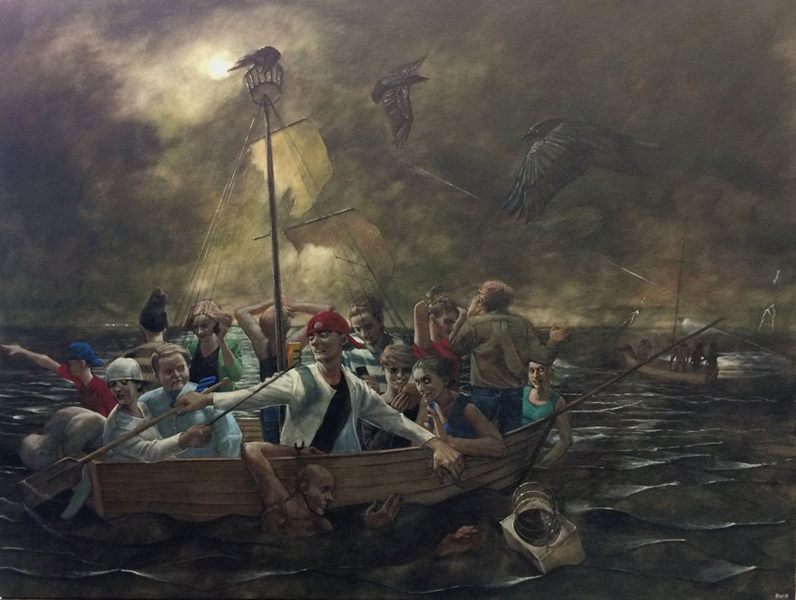 Reflection on an oil painting by Barbara Waterman-Peters

In Barbara’s painting, Ship of Fools,

a crow sits on the mast,

and two others wing over this tiny boat.

with another hanging onto the side. It’s a

in a sea of murky water.

The ship is going nowhere. One man

holds a paddle, but he isn’t moving the boat,

and the ship’s thin sails are tattered beyond use.

Overloaded with wild-eyed rangers, the boat

bobs at sea, a spooky sky churns above. You just

know they’ll be on this gray-brown water forever.

And there’s no chance of mutiny here,

not one of these lost souls has the gumption for that.

I’ve been there myself, trapped on a boat, so to speak,

one not of my choosing, caught on a sea I did not

want to be on, bouncing over waves

a long way from shore.

Barbara Waterman-Peters has shown her work regionally, nationally and internationally in over 250 solo, invitational and juried exhibitions. In 2010 she became the first Core Artist in NOTO (North Topeka), founding STUDIO 831.