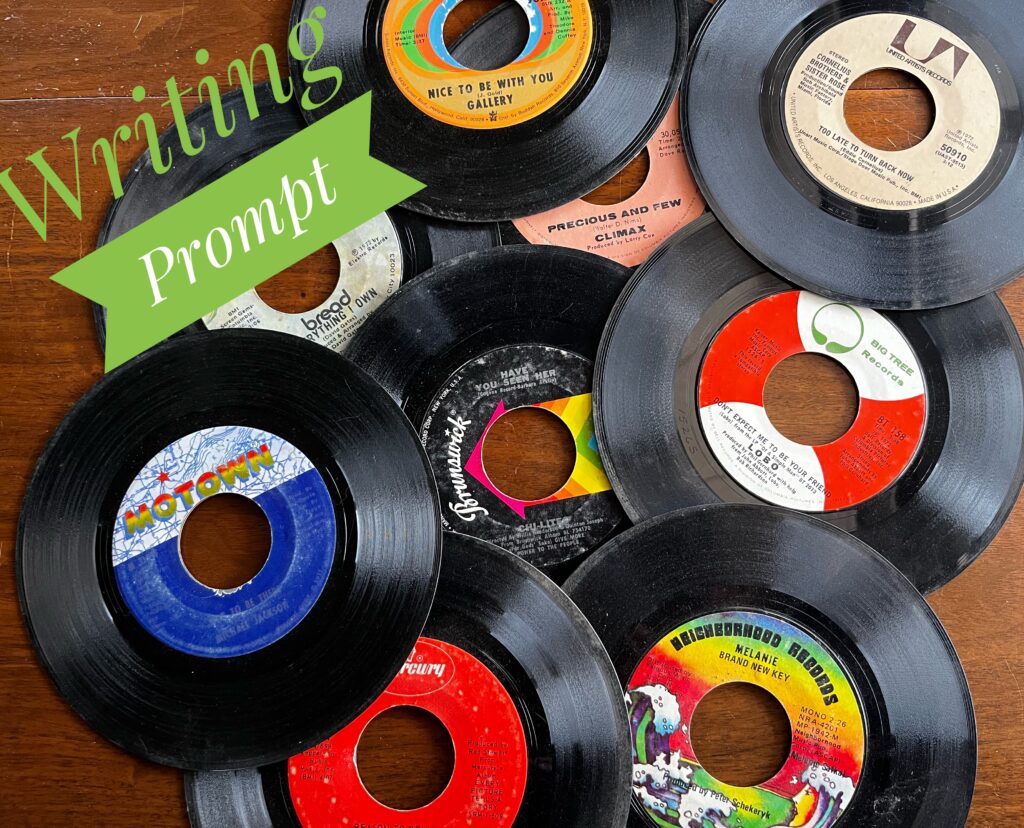 Day 15 already! And so much left to write and say!

Could you make a soundtrack of your life?

Let’s say you hear a song on the radio from your past and you know exactly where to go. That song puts you at 15. Or 19. Or 27. The same joy or angst you were feeling then, well, it all comes back to you with that song.

Maybe you hear the song while you’re in the grocery store for peanut butter and some version of the song is playing over the speakers there. The old memories and emotions associated with that song latch onto you, right there in aisle 2.

How have you listened to music? Have you owned 45s? Or maybe LPs? Cassettes, 8-tracks, CDs, digital recordings?

Where have you listened to music –  on your car radio? The stereo at home? Your Walkman? An iPod? How did, and how does music get into your ears, into your head?

Make a list of the songs that stand out for you.

One album that comes back to me is the soundtrack to “A Star is Born” with Kris Kristofferson and Barbra Striesand (1977).. My friend Karla had that on an 8-track and she played it while we drove  me to school at Macksville, 23 miles away. We listened on the way to school, and on the way home. Over and over.

“A Star is Born” would be one direction I would go with this prompt.

Where will you go?

Let me know if these prompts are working for you. Do they give you a nudge each day? How can they be improved?

Thank you for following along!