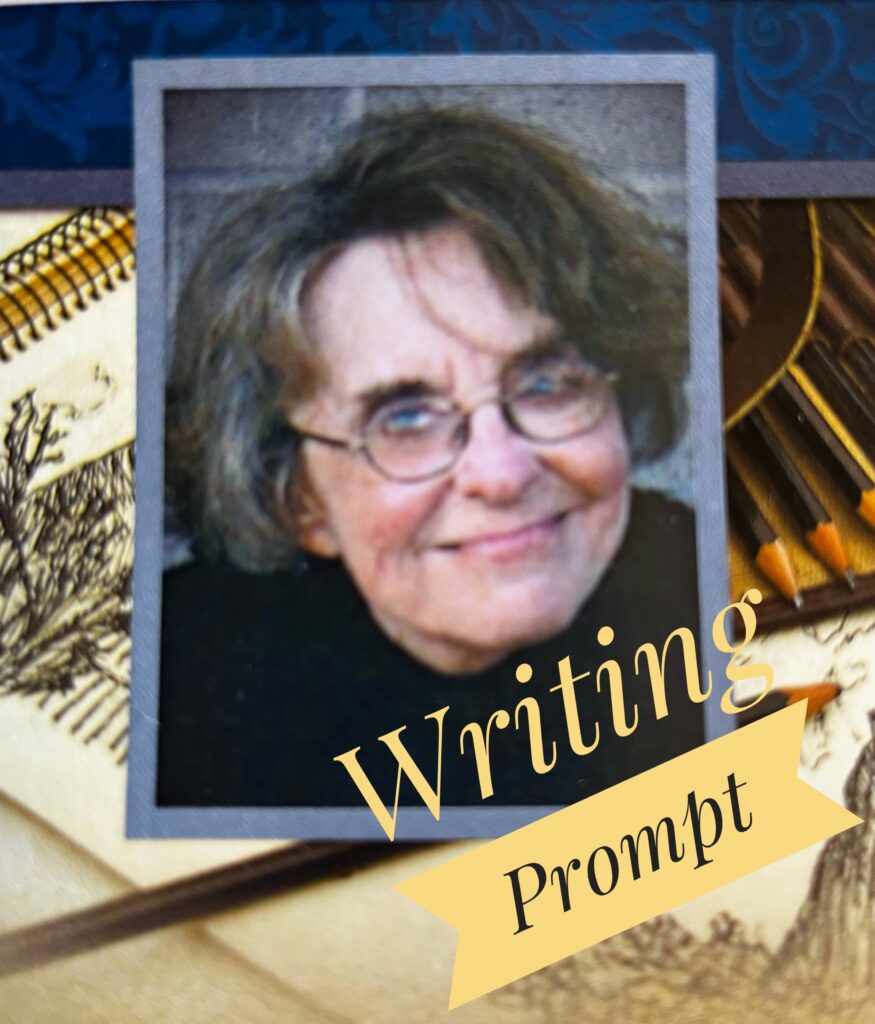 Today we are at Day 7 of Writing Our Lives.

While I had considered shortening this from 21 days to 7, after getting feedback and reading stories from participants, I’m excited about going full steam ahead with 21 days in a row. 🙂

Who has played a guiding role in your life? “Guiding” can mean all sorts of things.

The photograph for the prompt is my Aunt Norma. She was a painter, in oils mostly. She drew and painted. I visited Norma and Uncle Jay often in the late ‘80s, early ‘90s when they lived in southern Missouri – it was only a 4-hour drive and I spent many weekends with them.

She was painting and I was writing and we bounced ideas off of each other. I was in my late 20s and talking with someone on a creative level, well, it was the first time I felt like an adult. Norma took my creativity seriously. She read everything I sent her.

We had long discussions about poetry, and about ‘sense of place.’ After reading a batch of my poems, she pronounced me “A Child of the Prairie.” Her appreciation of my poems about place, about Kansas, gave validity to what I was doing – simply writing about the world around me.