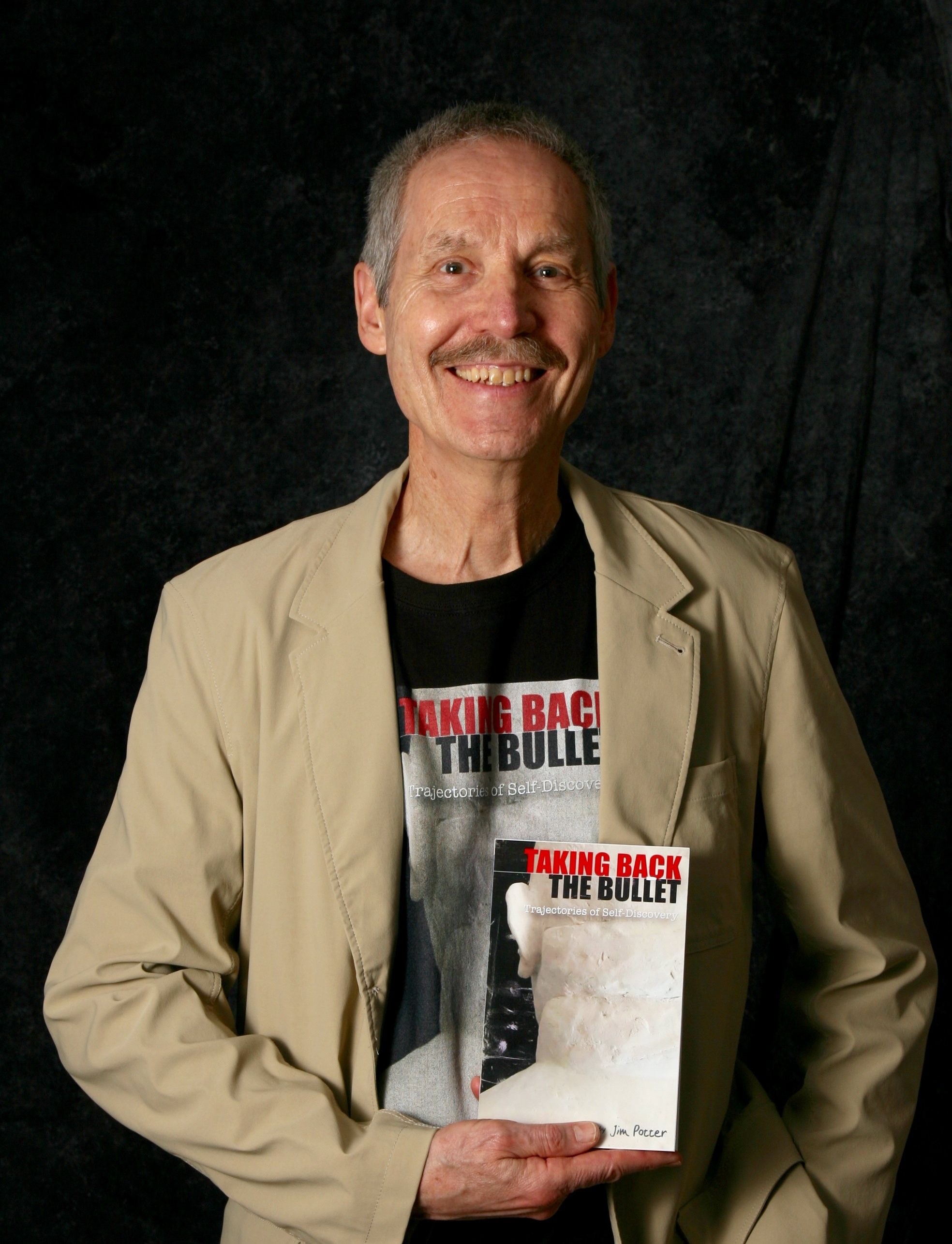 Hello, writing and reading friends – I thought it would be fun to interview someone totally unfamiliar to me, so I picked Jim Potter who lives near Hutchinson. To get to know Jim a bit, I read his debut novel, Taking Back the Bullet. Jim Potter had a long career at a sheriff’s department and retired about five years ago. Naturally, his books reflect his time in law enforcement. Jim has also written a memoir, Cop in the Classroom, and a play called Under the Radar: Race at School.

1) Jim Potter, tell us a little about yourself.

I’m a writer who loves to write. My wife—Alex—and I live outside Hutchinson, Kansas. I’m a retired Reno County Sheriff’s Deputy who worked as a School Resource Officer for 22 of my 33 years in uniform. When I was interviewed for the job in 1981 I had a Master’s Degree. The minimum educational requirement was (and remains) a GED. After I was hired, I learned that one of the deciders had told the others that if I was hired I’d be gone in six months because I was overqualified. He said that I’d leave for a better paying job. Boy, was he wrong! As mentioned above, I stayed for 33 years.

2) Briefly, what is your novel about?

Taking Back the Bullet: Trajectories of Self-Discovery is a contemporary, character-driven novel about people who are stigmatized. 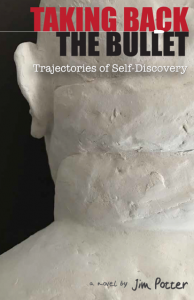 However, once they discover their true identities, each is empowered to begin the journey of life’s purpose.

The main characters—an obese police officer, a person with a mental illness, and a Native American girl with albinism—all meet in Prairie Grove, Kansas, during a botched bank robbery. Due to a single bullet their lives are changed forever.

3) In your novel, Taking Back the Bullet, there’s a major screw-up by one of the characters and many people are harmed, some physically, some emotionally. I thought you handled the complexity of the screw-up very well, showed the ripple of repercussions that one person, even a well-meaning person, can cause. What was the most interesting part of writing this story for you?

The novel is a reminder to us all to stop being so judgmental of others; to give people a break. One inadvertent action can unknowingly change the lives of so many people. Our world is complex and we’re all connected. We do the best we can do under the circumstances, yet still, we have the potential to change and make a difference.

On the humorous side, while on duty, wearing my deputy sheriff’s uniform—which included openly carrying my .40 semi-automatic Glock—I regularly visited my local bank for months while developing plans of a bank robbery for my novel. On each visit I plotted the armed robbery down to the smallest detail. I’d count the cameras, imagine the response of the bank tellers, and smell the gunpowder and pooled blood after the fictional shoot-out. If they only knew what I was thinking!


4) In the novel you write extensively about Native Americans and life on the reservation. Is this part of your background as well?

I don’t know of any personal Native American connections in my family history. As a child growing up, I do recall the positive impression I had of reading about Nez Perce Chief Joseph’s incredible efforts when he and his people attempted to flee from the US Army to Canada in 1877. In planning my novel, after learning that

Chief Joseph was buried on the Colville Confederated Tribes Reservation in the state of Washington, I knew where my fictional characters would call home. To better learn the back-story of my Native American characters, I visited the rez, including Chief Joseph’s grave.

5) Having worked in law enforcement for many years, you have of course, encountered many colorful characters and wild situations. Have you created a list of ideas for fictional characters and story plots that would be the seeds for stories?

My law enforcement career gave me the opportunity to meet a wide-spectrum of people, especially during their most stressful moments. 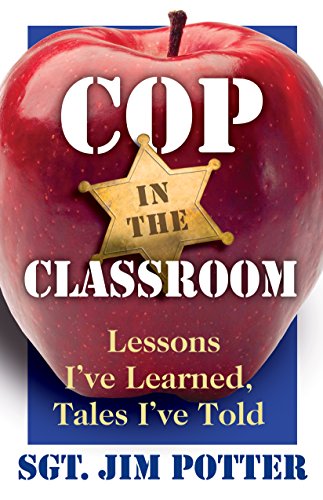 Cop in the Classroom: Lessons I’ve Learned, Tales I’ve Told, is my police memoir with many police stories.

The book’s structure is based on me answering questions from kids. “Is your gun loaded?” “Can I try on your handcuffs?” “Have you ever arrested a drunk driver?” “Have you ever watched anyone die before?” But it’s also about me using my stressful encounters from my patrol officer days to help encourage kids to make good decisions. My experiences of arresting adults and watching others die gave me the impetus to dedicate myself to help save young lives. By establishing personal relationships with my students and using my true-life stories as examples of what happens when people make poor choices, I helped children understand how personal decisions affect outcomes.

6) What are your writing habits? Do you write at a certain time of day, in a certain place?

I understand that not everyone is a “morning person,” but I’ve developed a writing routine that serves me well. I’m usually up by 5 a.m. working on my weekly blog essays or considering a longer story. Your readers have heard this countless times from other writers: I write first thing because that’s before the interruptions. It’s also when my creative juices have been trained to produce; they urge me to get the ideas into words on my computer screen. Later, I edit. That’s fun too.

7) When did you decide that you were going to be a writer? Did you write before you retired?

You could call me a “late bloomer” when it comes to writing. I didn’t attend college to become a writer but my college classes, especially my graduate school degrees, taught me the joys of research and composing. The process eventually got in my system. My MA in history included a thesis on an Illinois Civil War Regiment. Research meant studying the regiment’s original muster roll located in Springfield, Illinois. A trip to the National Archives in Washington, D.C. allowed me to read the pension records of “my” men. While I was focused on non-fiction, my work required me using my imagination, telling the stories of others, and learning required rules of writing.

If anyone wants to be a writer, especially a journalist, working in law enforcement as a patrol officer can give a person valuable experience. You learn to answer the five W’s (who, what, where, when, why) and how. Not only do you meet a lot of interesting people, but you have endless reports to write every shift with an immediate, real deadline. You can’t go home until your work is done.

I began writing my first book, Cop in the Classroom, while I was actively visiting classrooms as a School Resource Officer. But a huge impact for me into writing fiction occurred in 2004 when the Kansas Arts Commission awarded me a fellowship for play-writing.

8) Tell us about your play – Under the Radar: Race at School.

Under the Radar: Race at School is a short play I wrote for a workshop I was teaching about exploring and valuing diversity. I wanted to personally involve workshop attendees in a fictional racist encounter at a high school. The play, read in a group setting, became an effective tool that guaranteed participation while encouraging an examination of many different mind-sets.

9) I believe that you just led a memoir-writing class this past weekend in Arlington, Kansas. Do you teach classes like this often? What are the best reasons for people to write down their own stories?

I enjoy giving author talks. Last weekend I presented a memoir writing workshop to adults. Yesterday I visited a pre-K class (4 & 5-year-olds) and shared with them about being an author. I even read them some pages from an illustrated children’s book I’m writing. It’s titled, B is for Badge.

Memoir writing is so interesting to me. Let’s face it, memories make memoirs. Some of the reasons people write memoir include: for ourselves, for others, to understand or heal, to remember, to be remembered, and to forget. Here’s some good news: memoir doesn’t normally require a lot of research, you already know the characters, setting, and even the dialogue. So, let’s get started!

10) You’re an active member in the Kansas Authors Club. What have you gained from your membership in the KAC?

A year ago I declined invitations to run for district office of the Kansas Authors Club. At the time, I believed that if I became an officer then I wouldn’t have as much time to devote to my own writing. But this year, 2019, I changed my thinking. Last year I was running away from the presidency, this year I ran for the presidency. I decided to make time by re-prioritizing and becoming better organized. The Kansas Authors Club is rewarding because I get to meet all kinds of writers and learn about their creative craft. We encourage and assist one another. Now I have more writer friends.

11) What writing project are you working on now?

Recently I’ve had so much fun researching and writing an episodic adventure titled “Deputy Jennings and the Old Order Amish.” I’m getting ready to post the last weekly episode on my website. As noted above, I have a draft for a children’s book titled B is for Badge. Next month I’ll teach my newly revised memoir writing workshop at the Kansas Authors Club district meeting in Hutchinson.

12) How can people find out more about your writing? Are your books available on your website and also in bookstores? What’s your web address?

My website has a lot of information about my books and writing, especially a year-and-a-half of weekly blogs/podcasts. Check them out at www.jimpotterauthor.com. My books are also available at bookstores around the country and at Amazon.com. I can be contacted at jim@copintheclassroom.com and 620-899-3144. I also have a Facebook page.

13) What have we missed? What would you like for people to know about you and/or your writing? 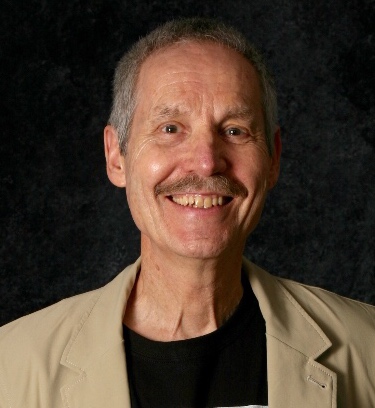 A writer is fortunate to have one person believe in them. I have Alex, my trusted and talented wife, as my first-reader for my books. She’s also an exceptional artist who has created sculptures for most of my fictional characters in Taking Back the Bullet. The photographs are included in the novel.

If you’re looking for support or advice on your writing, check out the Kansas Authors Club (KAC) website at www.kansasauthorsclub.weebly.com. If getting married seems like an extreme measure to take in order to find a first-reader, then consider the KAC. It might be cheaper. Annual dues are $35. At the website you can learn which district has a meeting closest to you and when and where they meet. Visitors are welcome. Come join us! 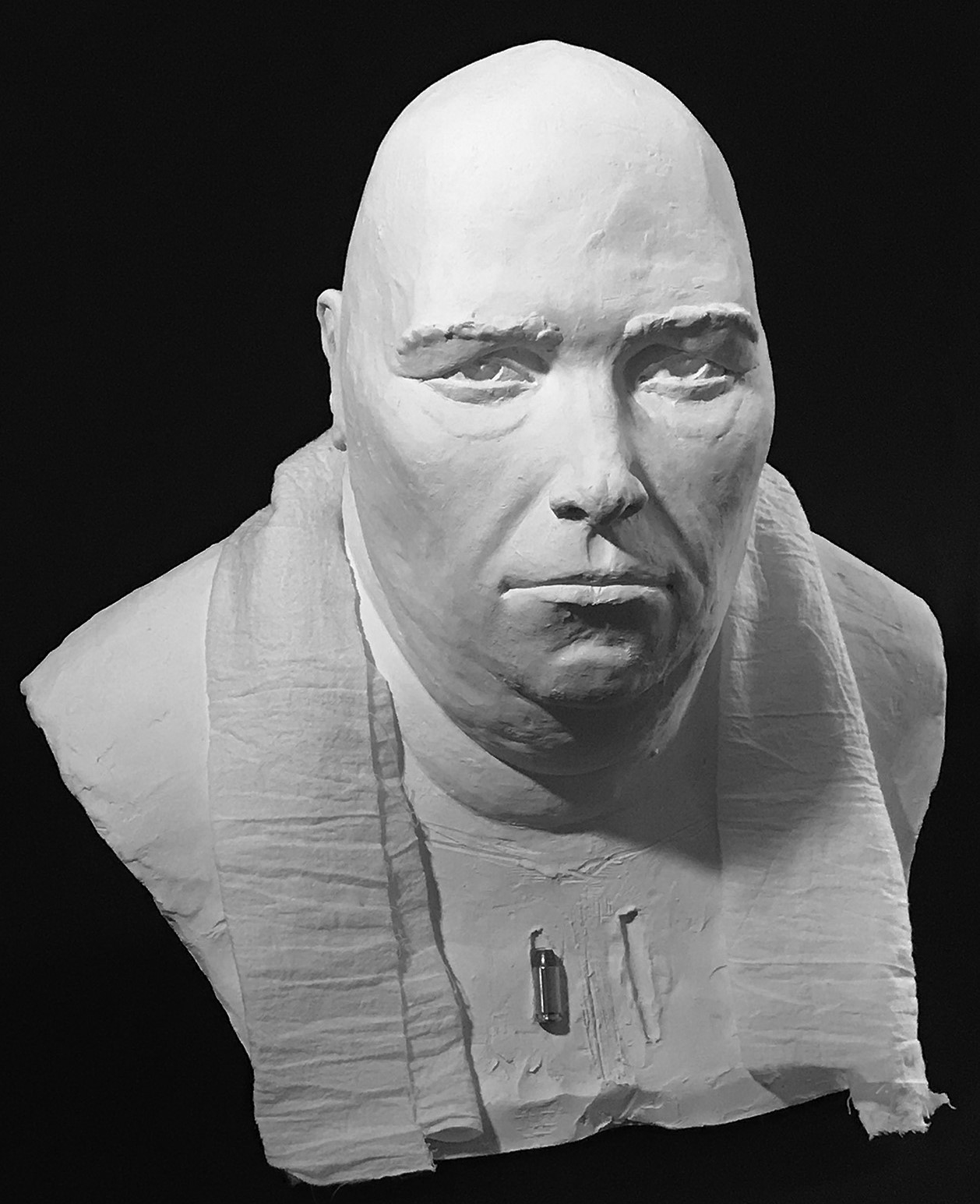